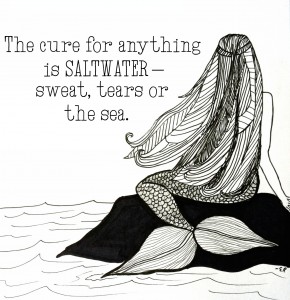 She bleeds for the courage to be real, raw and broken.

She bleeds to drown out the taunts of ‘what cost.’

She bleeds for the unknown silence, calling but out of reach.

She bleeds for the desire to be forgotten, haunted even still by the one who came before.
The one who never plucked at her own heart,
Though stones have nothing to give.

She bleeds for the child unbidden who’ll move her world.

She bleeds for him who spits out her blood and knows not what he does.

She bleeds for the loss of who she once was, though it was freely given.

And as her breast is laid open and the blood continually flows, she will end. And He will begin. He who provides when her emptiness can not.  He whose source is inexhaustible.  He, the One, who bled first.