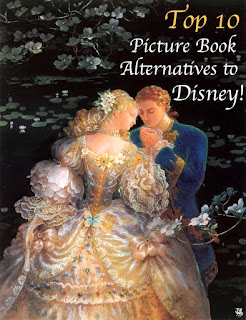 Well everybody has an opinion on Disney, I may as well chime in with my two cents. In a nutshell: I love classic Disney movies. I also appreciate the occasional recent movie from the company as well.  What I don’t love is the current huge, bloated, over-commericalized Disney industry. I have other complaints from an artistic and ethical standpoint also, but I’ve not the energy to lay all that out there.  Generally speaking, I am disheartened by the commercialization of children. I want my daughter to love princesses sure. But do they have to always come with a trademark symbol after their name?!

So, here we have it then. My top ten alternatives to the Disney Empire. Keep in mind that many of the original fairy tales were actually written for adults, so the themes can get very dark, graphic or mature.  The books I have here are much more faithful to the original fairy tale (or myth or history) than the movies Walt and his contemporaries have made and may have some of those darker elements. Even if you are a Disney lover, reading these books would be an interesting lesson in “compare and contrast” for children of multiple ages. 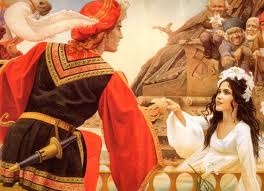 1. Snow White illustrated by Charles Santore. Rich, traditional illustrations make this a great choice, and my boys especially love what they call “the big head dwarves.” But I do confess to having a soft spot also for the version by Paul Heins because Trina Schart Hyman adds the detail of a Marian image on one wall… plus the princess seems to age a little more congruently in her story. 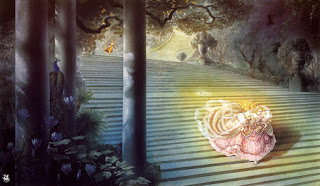 2. Cinderella by K.Y. Craft definitely takes the cake here. Craft’s vibrant and ornate style is especially suited to this fairy tale. Barbara McClintock’s version of the story gets an honorable mention for a fun story and a young George Washington looking prince!

3. Aladdin And The Enchanted Lamp will substitute nicely for the letdown of Disney’s version; if you aren’t familiar with the story, you will be surprised at the liberties taken and unnecessary changes the movie made. Aladdin and the Magic Lamp by James Kunstler also looks promising (not having read it myself) as well as this version adapted by Eric Kimmel (of whom I am generally a great fan). 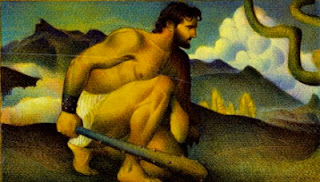 4. Hercules by Robert Burleigh is my favorite picture book alternative to the Disney movie.  Though this story only details the final of the twelve labors, it’s just the right size for younger children. While James Riordan’s book The Twelve Labors of Hercules is extremely well done and faithful to original story, it is fairly long and pretty graphic. There is the question of whether or not some of those images need picture representation at all. However, if we want to leave the book category altogether, I don’t think you’ll find a better retelling of the Hercules tale than that done by Jim Weiss.

5. Rapunzel by Alix Berenzy is my favorite adaptation of the Brothers Grimm tale. This one is far more popular but I think the author got a little sloppy with how Rapunzel got pregnant. In the original tale, and in Berenzy’s work, the symbol of her laying her hand in the prince’s seems to be what suffices for marriage vows. Then the story tastefully goes on with the prince finding Rapunzel at long last with their twins. At least with this there is no question of Rapunzel’s virtue being held intact.  The version of Rapunzel done by Barbara Rogasky (illustrated by Trina Schart Hyman) is also a winner and deals with the marriage situation artfully through omission. Rogasky actually states when the twins come in that Rapunzel and the prince were married by then and it’s done in a way that children won’t be asking “Wait, when did that happen?!” 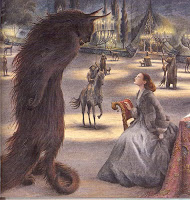 6. Beauty and the Beast by Max Eilenberg is my favorite. The illustrations by Angela Barrett are just right: full, captivating, moody, and evocative. This particular version isn’t 100% accurate to the tale, but it is still full and rich and  the very minor embellishments just add to the beauty in my opinion. There are two other good options out there as well: the one by Jan Brett is clean, fairly simple and of course features the always lovely Brett artwork. And then the book by Marianna Mayer is pretty neat too. My only aversion to this one is that the illustrations of the beast (done by Mercer Mayer) are truly frightening. His eyes pop out in a very sort of disturbing way… but maybe it’s just me. 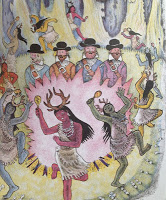 7. Pocahontas by the D’Aulaires is the only really solid alternative to the mediocre Disney movie. The movie itself was fairly informative but it of course avoided some of the uglier sides of the story (e.g. how the English treated her tribe). Reportedly, Disney turned down the offer of Native Americans who wanted to help the company produce a more accurate movie, but that’s just hearsay. But at least we have one great biography by the excellent Ingri and Edgar D’Aulaire. Their fun and appealing art is always a treat for children. I have seen a couple other books on Pocahontas but none stick out in my mind as pushing past mediocrity.  I think it’s time for someone to produce a beautiful and lavish book on this fascinating princess! 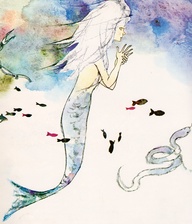 8. The Little Mermaid is the reason I wanted to write this post. Like any other little girl, I loved the Disney version of Little Mermaid. When I grew up and finally read the original tale, I was shocked at how dumbed down the cartoon version was… and how the ultimate ending of sacrifice and references to the eternal life were entirely omitted. But hey, Disney is in it for happy endings and I get that. The original tale is kind of an ambivalent ending: mermaid doesn’t get her prince, but she will get the chance to earn her afterlife. The versions available are tricky… I wanted to find something that still guarded the modesty of the mermaids without it being obvious or kitschy (e.g. clam shell bras). That unfortunately ruled out some beautiful versions of the story, most notably that done by Charles Santore (there is a new version available for pre-order on this one). I also was looking for something that preserved as much of the original language of the story as possible since it is just so extraordinary. This combination, tasteful illustrations and excellent text, was hard to come by. Robert Sabuda has a pop-up book (and I’m certain that ‘hardcover’ price will change in time) coming out later this year that could be excellent. Initial pictures of the pop-outs are incredible but I don’t know how the text will be yet. So I eventually settled on the the version the adaptation by Anthea Bell and illustrated by Chihiro Iwasaki. The story is simplified somewhat so the text isn’t as wonderful as Santore’s, and I was a little disappointed that the sea witch didn’t seem very evil but I really appreciate the watery, ethereal illustrations by Iwasaki. Even if they aren’t traditionally rich and bold, the simple sketch and watercolor technique is very fitting for this particular tale. 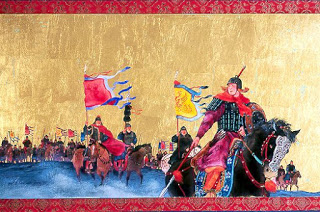 9. FA Mulan: The Story of a Woman Warrior by Robert San Souci is a very well done story about the Chinese folk hero, Mulan. This book is the actual one Disney used for the basis of their movies. And I have to admit, the movie version of this tale isn’t too far out there or ridiculous at all! For a later-released Disney flick, it was surprisingly well done all said and done.  Anyway, as usual though, the book is better!  And the illustrations here by Jean & Mou-Sien Tseng are, like Iwasaki’s Little Mermaid, the perfect fit for this story. They are bright, ornate and faithful. China’s Bravest Girl is another title you can look up in your library if this one is missing…

10. The Sleeping Beauty by Trina Schart Hyman is a narrow winner for this story. I also really love this version illustrated by K.Y. Craft.  But in the luxurious pictures in Craft’s book, the good fairy’s good body is fairly suggestively shown once (hey I’ve got four boys who don’t need that titillation!) and the witch in the tale is incredibly scary looking. In Hyman’s book, she gets major points for having the most handsome prince of all the fairy tale books I’ve ever seen. I admit this is just personal preference, but I really have no use for effeminate looking men in tights who’ve never needed a razor.  Craft’s Prince Charming comes with facial hair and looks manly and rugged and like someone who could definitely defend a princess from a dragon!