This week I am tasked with writing an article that I promised for a company called “Living an Apostolic Summer.”

And while the deadline looms nearer and nearer, I realize why I’ve been resisting it so much. I feel like a fraud. I don’t really know anything about anything it seems—much less do I have anything to offer others by way of spiritual inspiration. I am in the year of just trying to hang onto my hat right now and praying the light of faith doesn’t extinguish altogether in my heart.  I’ll certainly be okay soon enough; but the darkness of my soul’s night seems particularly black when one is asked to conjure up some light from within. 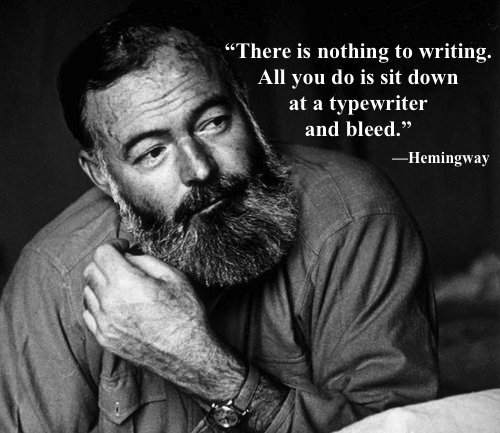 I trust that efforts made through endurance rather than piety will amount to something. That’s the secret of writers: we don’t necessarily feel a burning inspiration every time we sit down to write. We have to labor at it in a similar way that a bricklayer labors at slapping on the mortar and brick. We don’t always ‘feel’ like writing the things that come out. Our thoughts burn to get out and our hands itch to produce… but sometimes we have to muck about in the slime of our minds and search hard for a nugget of something worthwhile. Indeed it is much less about the creation of something as it is about the discovery of something that was buried deep in the murk just waiting to be found. So we labor to find this and are often as startled by our discovery as readers are. Scratching away with our words… leaning heavily on the delete button… staring at the blank white page in despair until the word count ticks up just enough to pass muster, hoping the sheer habit of expression will carry us through when the desire to to express is lacking.

As a child, there was no career more attractive to me than the mythical figure of ‘writer’ I had contrived in my mind. What could possibly be better than a rainstorm beating against the window while a fire sparked merrily in the fireplace near the thoughtful writer exploring away at her own profound, unique depths? The inspiration falling onto the typewriter keys would barely be contained… and of course a nearby cup of honey-heavy tea waits in perpetual warmth. Bliss. My reality of writing instead is one where it is more like a difficult spouse than a passionate lover. You’re committed. You’ve allowed yourself no other option but to continue. And it requires work and communication and sometimes you want to ignore it but a certain amount of maintenance is required to keep the peace. So it is with my soul. While there is the occasional, earth-shattering tryst of passion with words and feelings spilling over, more often than not, I write in the plodding, effort-exerting way suited for a chore to be done. Sometimes, we all hit a season of life where thoughtfulness and introspection don’t exist freely and to acquire them requires much more brute willpower than one should think fair.

So I’ll write about living an apostolic summer.  And I’ll feel nothing. But somewhere after I clock in my time card, some sort of observation or realization will make its way to the surface of this dry, dusty desert of a mind and come forth onto paper. And maybe people will cheer. And maybe they’ll mistakenly call me wise or inspired. But somehow the truth of this vocation will glint a bit in the daylight and I hope someone, somewhere will realize that the light doesn’t  originate from this cubic zirconium hack— she is only able to reflect a little bit a piece of the Son should He so will it.