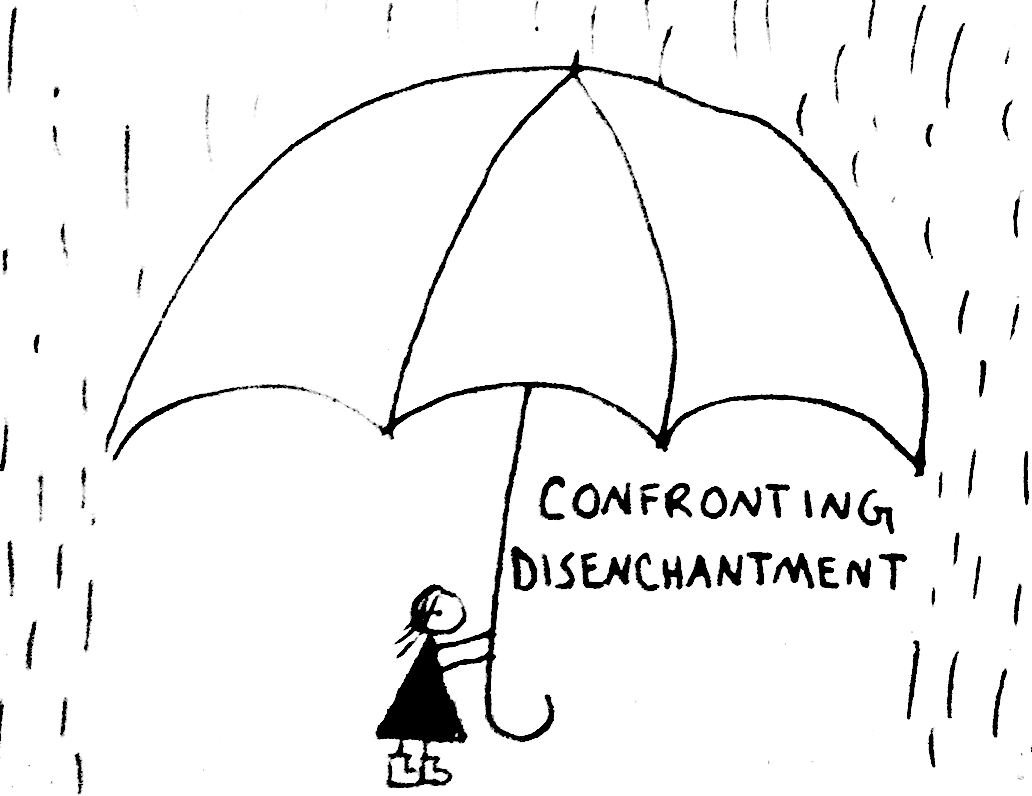 I don’t think it’s anecdotal to feel that motherhood today is more difficult than it was 60 years ago. We all know that today’s struggles seem infinitely more pressing and prevalent than those faced by parents a couple generations ago. We get assaulted with drugs, pornography, early sexualization, technological interruptions, and an entirely rotten moral code as a culture. It’s easy to think that the issues we face completely trump the issues our grandmothers faced. But let’s not forget some of what they had to go through either: e.g. higher rates of infant mortality/diseases, back-breaking farm and household labor without the convenience of modern machinery, etc. So, I’ve been chewing on an idea that leads me to believe that our greatest struggles today really aren’t in content but in our methods of dealing with them. Why do so many mothers feel ill-equipped, lost and overwhelmingly frustrated with the demands of parenthood? Why are mothers the number one users and abusers of prescription anxiety drugs? I believe that even if the variables of what we face today compared to mothers of yesteryear were controlled, most women now are beginning the motherhood journey with a severe handicap. And I’m not sure how to name it: lack of “generational continuum” maybe?

Here’s my theory: something strangely ironic was lost when the choices for women’s careers opened up. Most good (and bad) feminists will agree that vocational ‘choice’ is a good thing: women should have the right to choose a career or motherhood and in some cases both. The interesting thing to me is that when masses of women defaulted to choosing careers over motherhood, expectations were changed, preparations were shifted and skills were lost in translation. In most schools, children are prepared for college or for careers. There is usually no formal preparation for domestic life: “Home Ec” is pretty much obsolete anymore. Do they still teach students how to balance a checkbook, hem a pair of pants or plan a menu? I have my doubts. What’s more, is that the informal teaching that got naturally passed down from mother to daughter seems to have dissolved in many ways too. If a working mother is understandably dog-tired at the end of the day, it’s all she can do to pop a store bought, frozen lasagna in the oven to feed her kids. How can she be expected to spend time with her daughters showing and explaining ways to make a soup stretch to feed more people? Or when to use butter vs. oil? What is a “simmer” compared to a rolling boil? All these nuances of meal prep are ones women have to learn by practice.

But it doesn’t just stop in the kitchen. Women today go into motherhood clinging with desperate abandon to all the parenting expert books out there because they don’t have a confidence in their own instincts. (Indeed, how can we, if our instincts have been stunted in deference to the experience of being pruned for job interviews and college applications?) This, coupled with the fact that families are often making their homes far away from their family of origin leads to a sense of parenting isolation that previous generations rarely experienced.

When I brought my first boy home to an empty apartment at the tender age of 20, I couldn’t believe they let me out of the hospital with this tiny, helpless person. Who was I?! My own dear mother was a thousand miles away, my husband was deployed across the world and I had barely a friend to lean on for help. I was bewildered to say the least and didn’t know what to do. He cried all night and I was so scared and tired I just put him in a bassinet and wheeled it into the farthest corner of my home away from my bedroom, shut my door and curled up on my bed in tears… afraid of being so angry with my son and not having a clue on what to do to help him. Coming into motherhood, I didn’t know about things like colic, thrush, or mastitis. I also wasn’t ready for later children’s night terrors, oppositional defiance, or food sensitivities. Of course, no one can ever plan for all the challenges that will come up in family life, but I do believe women can come into marriage with more practically defined coping skills and godly expectations than what we generally do today.

There are so very many things that I had to learn the hard way because I wasn’t ready for domestic life in the practical sense. I was completely career oriented before I got married. I had planned on post-graduate degrees and teaching overseas. I never picked my mother’s brain on how to cut up a whole chicken or what to do for a diaper rash. When I began the romance that led to marriage, I wish I would’ve spent time with my mom learning things about domestic life. But while she would’ve been glad to teach me, I never even thought to seek her guidance. I was just a starry-eyed dope who figured everything would fall in place. Society told me love was a beautiful thing; marriage was bliss and I’d live happily ever after. 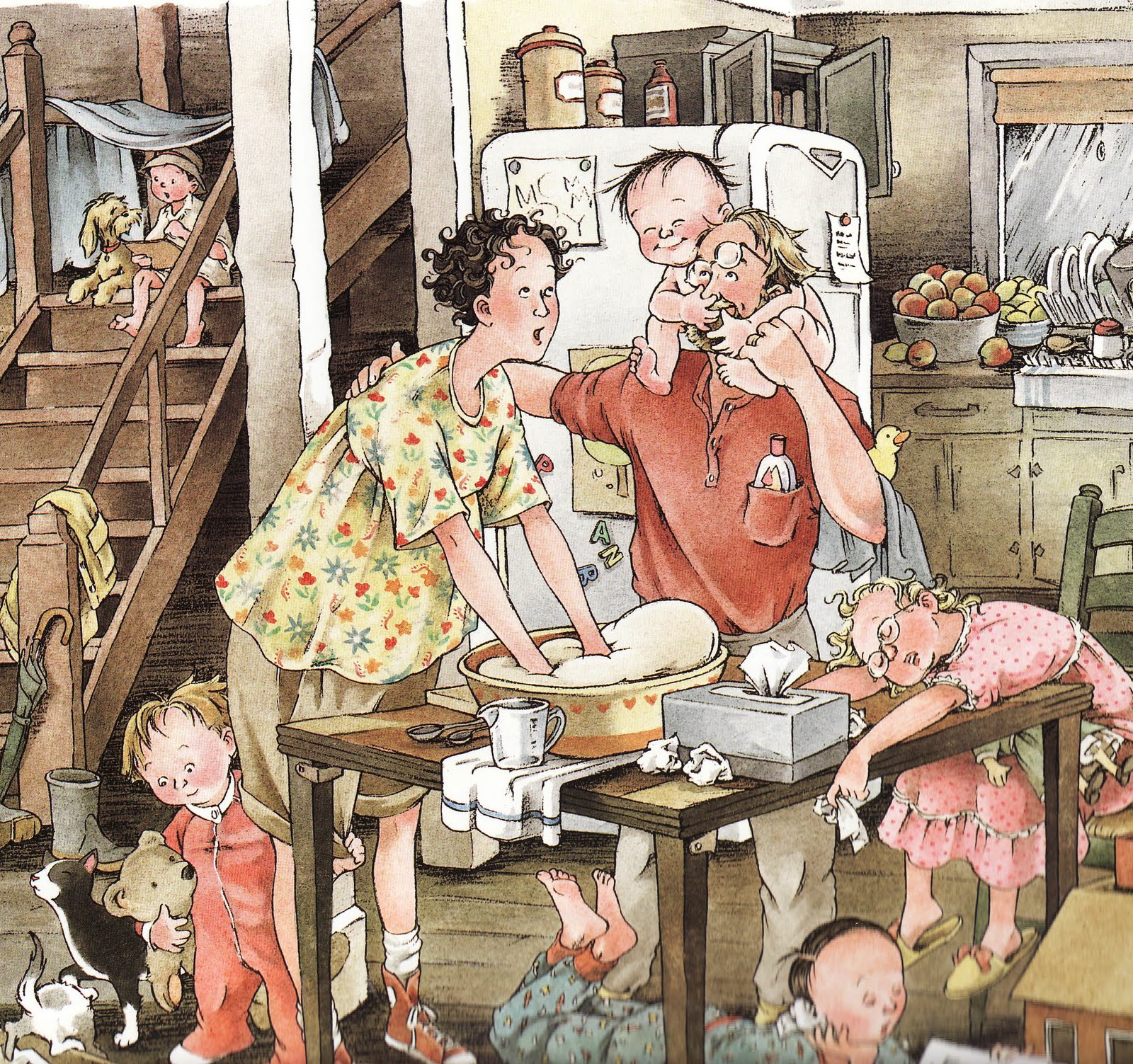 And now the stage was set for the rude awakening that I certainly wasn’t alone in experiencing. How many of us knew just how badly breastfeeding would hurt at first? How to prioritize communicating with our husbands? How to make those dollars stretch in between paychecks?  How to handle a toddler’s tantrum in public? Sleepless nights? Post-partum depression? Feelings of fear and loneliness despite being surrounded by a bunch of little people? And we want to scream that there ought to be major warning labels on the beautiful package called marriage and motherhood because this “true love” thing, this “agape” thing?! They sure don’t seem to be all they’re cracked up to be. Women today suffering from anxiety and depression in tremendously higher numbers than women of yesterday is not just a coincidence. Our lives can be brutal and the fact is that we just aren’t properly disposed to bear it! Growing up to expect a life that is more free-spirited, socially fulfilling or professionally oriented can leave us in motherhood feeling instead like a caged bird.

The majority of us come into this vocation almost hindered by the beautiful promises of career freedom. In generations past, women didn’t have the choices we do so they very wisely learned everything they needed to succeed as a wife and mother because that was all that was open to them. I don’t think they experienced the level of disenchantment we face today that paves the way for our hardships and mental breakdowns. No, I think most women saw their own mothers struggle and they figured their future would be a struggle too. And that wisdom of practical preparation was consciously and sub-consciously passed down to daughters through the generations. Their coping skills were sharpened to a fine point. Today, our girls grow up being asked “What do you want to do when you grow up?” “What glass ceilings will you break?” And the choices are beautiful: we see glamorous actresses, happy news anchors, smiling doctors, and confident female politicians. I’ve witnessed the awkward, embarrassed surprise that follows the answer a girl gives when she says that she just wants to be a wife and mama.

So, lost in that myriad of career promise is the rock-encrusted diamond of motherhood. It’s tough as nails and more glorious than all other professions… but it takes a lot of work to make it shine compared to the glitter of happy careers. And little girls don’t necessarily see that right away as a default. So their attention goes elsewhere and they rightfully flirt with a million ‘choices’ as they grow up, but they forget to focus on the one choice for which all others exist: family. And we as a society and as parents don’t do enough on our parts to prepare them. 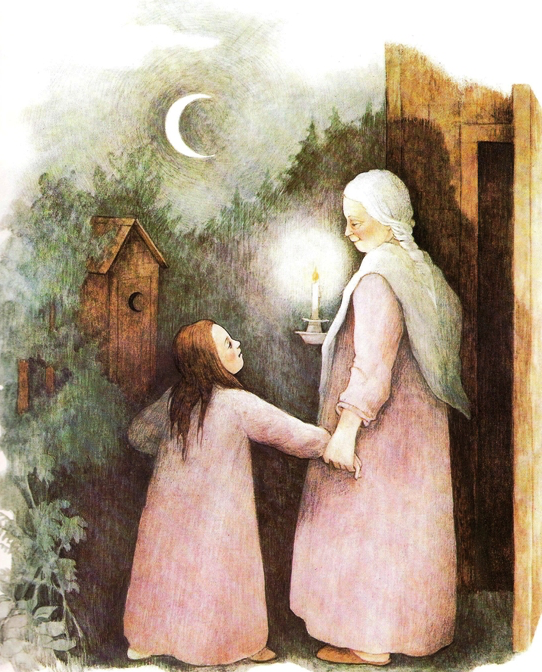 When I Was Young in the Mountains

I’m not suggesting that we revert back to women being shunned from the workplace. But I am suggesting that we must reverse this downward spiral and turn our fates around. We have to prepare our daughters with skills needed to be the genius and heart of their homes, regardless of whatever they ultimately choose to do. We have to teach them very basic skills like how to sew on a button, how to swaddle a baby, and how to hard boil an egg. How to iron a shirt, re-purpose leftovers and ward off feelings of spousal resentment. Today’s modern adult often learns these this by watching YouTube videos or even paying for classes! Some might think there’s nothing wrong with that but I think it’s symptomatic of the larger problem: loss of generational interdependence.

Preparing our kids for their vocations doesn’t mean they need to take formal classes or have long, drawn out conversations about every scenario that will ever come up. Women 60 years ago surely didn’t do this. What they experienced was probably something more like osmosis. We just have to be more proactive about what we are already doing… allowing our children to naturally be a part of making a home and raising a family. Talking with them (not just at them) and explaining steps of cooking rather than always shooing them out of the kitchen. Keeping the lines of communication open and talking honestly about what it means to be a wife, a husband or a parent. Loving them to the best of our abilities and training them in all that we’ve learned on our own journeys. We have to teach our children to aim for the stars and to dream big… but still give them a pragmatic set of expectations on what the domestic world brings.  If we can prepare them with a proper understanding of how tough being a wife and mom is, we will hopefully keep them a step ahead of emotional breakdowns and debilitating anxiety.

Maybe we are thinking that it’s too late for us; we are having to learn the hard way. But it’s not too late for our own daughters. Raising them to expect and properly deal with all the inevitable struggles of family life is the only real way their hearts can be prepared for its glory as well.  And while bringing that goal into focus, we ourselves will eventually get our own set of sea legs and learn to learn to embrace our crosses and find in this vocation more meaning and fulfillment than we ever thought possible.

1 thought on “Got Disenchantment?”