Disclaimer:  This article is not addressing any issues families may face with food allergies and sensitivities who by necessity, have to eat a certain way. This is written with all the rest of us in mind. 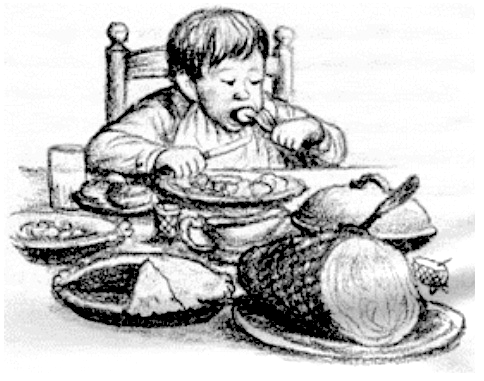 Living in the the least religious archdiocese, in the least religious state of our nation, it is rare to find the evangelical fervor and regularity one might find in a place like the Bible Belt. In the greater Seattle, WA area, we are passionate about coffee, political activism, a certain sports team and the great outdoors… not so much about monotheism. One thing that has significantly replaced the zeal people generally have for religion, is the zeal we have for food.  And while the Religion of Food has an especially high number of followers in the Pacific Northwest, this cult is not exclusive to us. You’ll find it growing and spreading everywhere, even without clean-cut missionaries going door to door!  The wave of intensity amazes me. And it also disturbs me. 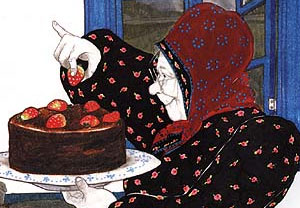 The issue has practically become a moral one:  what kind of food is ‘right’ to put into our bodies?  Most sensible people can agree that the “correct” answer to this question is simple: healthy food. But with several brands of ‘healthy’ being peddled to the diet-hungry masses, it can be hard to discern what the specifics are of the “healthy” criteria: Should we adopt the Paleo Diet that shuns grains and lauds proteins? Embrace the Nourishing Traditions mindset of eating whole, unprocessed foods exclusively? Do the GAPS Diet? What about GMOs (genetically modified organisms) and sustainability? Is “organic” more important than “local”? Is soy good or bad? Gluten Free? Agave Syrup? Vegan? Quinoa? The questions and nuances are endless and dizzying. But any food zealot will be happy to talk you through them if you simply ask… or if you happen to give your child an Oreo in front of them. This is where the food fights get itchy for me. The amount of time and energy people spend proselytizing about food is reminiscent of the golden calf idolatry in the Old Testament.

After a lot of soul searching on this issue, I’ve come to the conclusion that there are two distinct problems with how people grapple with food issues:

First, there is very often a distinct sense of elitism that comes from the special diet folks. For example, the Paleo diet is a fine thing for those who can afford massive amounts of protein and have enough freezer space for sides of beef. But it’s wrong to look down on the rest of the world as if they are inferior or uneducated. Of course, it’s uncharitable—in and of itself— to hold oneself in superiority for any reason at all. But the other component to this is that frankly, it costs a lot of money to support a high protein diet. 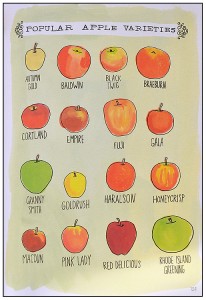 Farm Anatomy: The Curious Parts and Pieces of Country Life

Similarly, it may also be a stretch for some people to buy everything organic. Sure, we’d all like organic produce all the time!  And grass-fed beef. And raw milk. And sprouted grains from our neighbor’s wheat field. But these are simply not options for many folks who feed their seven kids generic pasta once a week just to make sure everyone gets fed. So I think the elitist attitudes are damaging on a couple counts: it can become a sin of pride and gluttony (part of the original definition of gluttony includes being overly picky about food!), and it’s also damaging to the solidarity we are supposed to have with the poor as the food elitists can often come across as intimidating and judgmental. Discussing what a family is eating in a way that is laced with moral undertones or critical statements turns people off.

Now part of this is inadvertent I think. There is some primordial thrill we get when we brew our own kombucha or grind our own grain that makes us giddy and want to share the news all over social media. “Look what I did!” Reclaiming the domestic arts is an empowering feeling and that raw enthusiasm often gets mistaken for pushy evangelism. Which brings me to the next point: 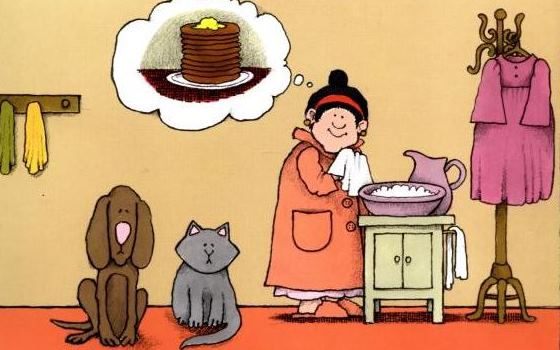 The other problem is actually on the other side of the food fight. Only very recently was I able to pinpoint why I get so uncomfortable in discussions with food-zealot friends. I was amazed to realize that part of the problem is me, not them! I’m pretty sure I experience the same kind of feeling people get when they talk with homeschoolers!  (I’ve both home-schooled and had a child in parochial school and enjoyed exploring the feelings both those identities gave me.) When I mention that my children are home-schooled or make some kind of comment about our curriculum, I notice the non-homeschooling person generally closes up, becomes withdrawn from the conversation.  And regardless of my intentions, the listener feels defensive, or guilty, or some other flavor of discomfort. Schooling choices is just one of those hot-button, Catholic mommy issues that can unite or divide us. Like veiling in Mass or vaccinating our children maybe. We just get uncomfortable thinking that others are judging us— even if they would be bewildered by the very suggestion that this was their intention! So it seems to be the case with food discussions too. People shouldn’t feel threatened when I discuss living books or strewing… and even though I try to have a really common sense attitude about food (imperfect in practice), I still have to fight off my defensive feelings upon hearing a lively conversation about kefir or bone broth methodology.

So what are we to do?  How can we make peace when so many of us have such passionate ideas on what and how to eat? Some people think nothing of what they eat. Some people think the adulterated food industry is part of satan’s grand conspiracy to make us all unhealthy, sterile and dependent on the government. Maybe it is. Is there a happy medium? Does there have to be a victor in the food fights? And while we ought to be concerned with taking care of our bodies insofar as we are able and educated… aren’t we, after all, still mortal? 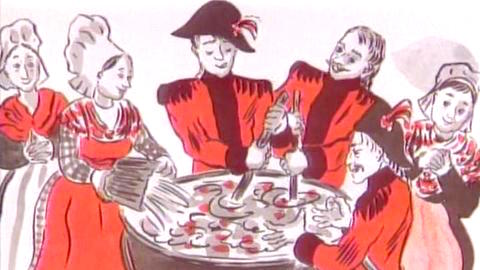 Once upon a time, people were brought together over a meal. The breaking of the bread is more than a liturgical moment… it has historically been the common bond of humanity to be united over sharing food together. I want to get back to that. I want folks to feel free to eat what they want in their own homes— practicing moderation and common sense— but not to shun the pizza offered to them by a friend, even if it has to be a private moment of personal sacrifice to do so. Regardless of whether or not you think that Monsanto has ruined our bodies by poisoning the food supply… they can’t have our souls. And we should do our best to keep our souls pure and our hearts earnest in uniting people in love and compassion. I’ll leave off with a bit of wisdom from an old Irish prayer:

May the kitchen be a gathering place blessed with family and friends where love is always the key ingredient.