So it’s been an off and on year with blog writing for me. But I finally took a morning and traipsed through the bookstore grabbing a large stack of new picture books to settle down and preview. Coupled with a flurry of library holds, I feel adequately qualified in my investigative research now!  My finger has not been on the pulse of all immediate releases this year until now and I thought I’d share what I’ve discovered: 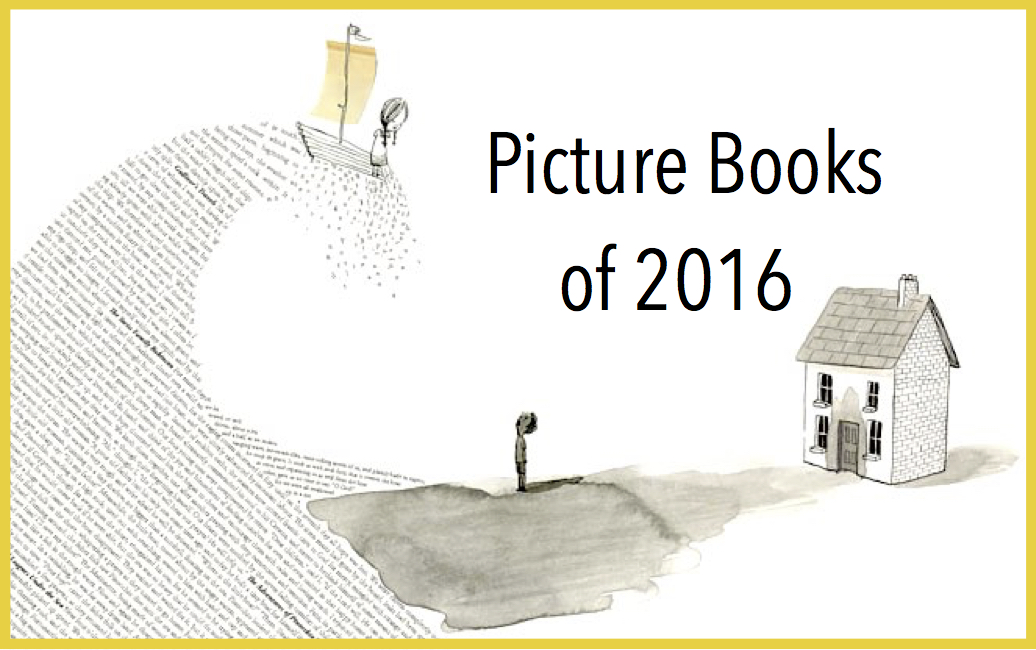 First of all, the rather depressing news.  There are no brand new Christmas themed books that really blow my dress up this year.  I mean sure, Gingerbread Christmas will get Jan Brett’s typical cult following.  If one is an accomplished enough artist, customers are willing to overlook a weak story.  And well, I just felt like it was a bit contrived. I liked Gingerbread Baby as a fresh spin on the old tale but kind of thought the mischievous whimsy should’ve stopped there. Incidentally, last year’s re-release of Gingerbread Man, illustrated by Richard Scarry is still one of my favorite renditions of the folktale and at less than $4, it’s a bargain.  And then there’s the one that’s getting the biggest press from publishers: Christmas Boot.  But while Pinkney never disappoints in his illustrations, I personally felt like the story was kind of a tired sort of regurgitation of a dozen other Christmas stories. That’s not to say it’s bad… but after reviewing hundreds of Christmas stories, I am looking for novel stories at this point. Christmas Crocodile was somewhat novel… and I always appreciate a good humorous break from the saccharine, emotional stories.  So that was pretty fun…

Honestly, I think the best Christmas-specific book released this year is actually another Golden Book by Richard Scarry… that of The Animals’ Merry Christmas. These vintage tales never go out of style and they stand head and shoulders above some of the newer fare that tries to force a Christmas SOMETHING down our throats.  Other than that, Christmas Fox is the only other title that peaked my interest but I’ve not had a chance to see it in person yet. And the Ephipany book The Christmas Horse and the Three Wise Men looks really lovely but not particularly novel. Epiphany suffers from the Thanksgiving syndrome… where it seems like the majority of picture books related to those holidays get in the rut of just rehashing the same story in different words each time.  This is why The Third Gift was the best thing to happen to Epiphany books since… well… ever. I consider it a must-have.

Before Morning is , great! Saw it! Love it. A contemporary story with just a working mother shown (no explanation of dad’s absence which I like) but with very classic illustrations. Beautiful! but illustrator Beth Krommes has never disappointed me yet. It looks absolutely glorious and seems to have that magical, lyrical perfection down of text matching illustrations…My very favorite book (so far) illustrated by Krommes is Blue on Blue but Grandmother Winter is a close second!

And check it out!  Marla Frazee was able to nail an excellent, equally delightful sequel to Boss Baby about the new baby sister.  Bossier Baby is just as much fun and Frazee still stands out as my favorite baby illustrator of all time!

Coupled with ABC Dream, Kim Trans has created a beautiful duo with 123 Dream.  Her artwork is stunning and the subtlety with which she illustrates her point is so appreciated.  These books would make a wonderful gift for a toddler… a gift that the adult would appreciate too.

Circle is a living book that any curious child would be lucky to stumble upon.  Collage artist/writer Jeannie Baker first made her mark on me with the innovative book Mirror and she continues her excellence here. The story follows the migration of the world’s farthest traveling animal, the godwit.  And the spreads that show the curve of the earth are exquisite…

Fun, bright, fold-out pages make Hocus Pocus, it’s Fall! a charming addition to any autumn book basket. There’s nothing profound here, just magical words on each page and rich, vibrant colors to get you in the mood for the season.  The first book here was Abracadabra, it’s Spring, which I thought equally gorgeous. I hope they end up doing a title for Summer and Winter also… they’d all make a lovely gifting set.

Donkey-Donkey is an old title from 1940 that was reprinted this year much to the delight of Roger Duvoisin fans like myself.  It’s the classic tale of an animal unhappy with his lot who tries to be like everyone else before realizing that he’s just fine being himself.  It’s the modern theme of “celebrate your unique self” done with natural taste and charm.  I love how Duvoisin speaks occasionally to the reader, similar to Beatrix Potter and other children’s authors who don’t take themselves too seriously.

“But pigs have slow minds. Donkey-Donkey waited a long time. He counted up to one hundred but Rosa was still thinking. I suspect in fact that she just went to sleep.”

Unlike a lot of other picture book reviewers, I’m skipping over several other 2016 titles that  have made news lately. There is a large movement from publishers to produce books that are excellent in graphic design lately. Seems like all the ‘cool, new, hip’ picture books are ones that feature a particular flavor of simple, contemporary graphic art. Now, a lot of this is great art… don’t get me wrong. I just think that picture books deserve to be published only if there is a great marriage between word and image… and I for one am not willing to suffer through a mediocre story just to see some hipster images…

But hey, look at this!  Pond by Jim LaMarche!  It’s been 16 years since we’ve delighted in La Marche’s naturalist beauty found in The Raft, and I’m not sure if Pond is designed to be a sequel in the proper sense, but it’s hard not to draw parallels. The story does the same thing in paying attention to the natural world while still progressing the plot… it begins in mid-winter and goes through the year.  After La Marche illustrated the superb Winter is Coming, it’s evident that he just keeps getting better and better with each title.

The Bear and the Piano.  Easy. Fun. Great illustrations.  A sweet little story to delight all budding musicians or those unsure of their own talents. Definitely worth checking out.

I finally got to see The Uncorker of Ocean Bottles and, as suspected, I loved it. Erin Stead’s illustrations are perfect, soft and inviting in this evocative, simple story about a lonely man who finds friendship… really well done!

Finding Wild is one of those graphic arts tour de excellence that I stuck my nose up at in the intermission.  The difference is the text. It reads like spoken word poetry and manages to encourage people to appreciate wild spaces, big and small, without becoming preachy about environmental issues.

The Night Gardener.  Simple, beautiful, whimsy.  This is one of those fun little stories that aren’t necessarily the most profound or gorgeous things in life but has the potential to be a child’s favorite.  I have learned with my own kids, that there are certain flavors of quirkiness in tales that they just adore and beg to have repeated again and again.

Let’s see, I already raved about The White Cat and the Monk, which leaves only one last thing I need to gush about: A Child of Books… the pièce de résistance of 2016… and that’s only because I feel like this book is my autobiography. I’m not sure I would’ve initially picked Oliver Jeffers to be the illustrator in my life story but upon reflection, it makes sense… his work is messy and stylistically unorthodox but simple and authentic too.  So those adjectives probably fit me quite well.

1 thought on “Catching up with 2016, Christmas and Otherwise”