I’ve begun the daunting process of trying to organize my e-life. Part of this is taking on my formidable Google Drive account and deleting irrelevant files and organizing others into safekeeping. Back in late 2009, I was part of the genesis of Soul Gardening Journal, which was a printed quarterly that existed for nearly a decade before I quietly resigned while grappling with an oxygen mask during some of the most turbulent years of my life. Another issue was printed after my exit, and there was some talk of a printed anthology of our work, but I’m not sure if that ever materialized. As far as I know, the journal is either on a serious hiatus, or totally defunct.

But I have found some nostalgia in reading some of my old articles and thought it might be good to recirculate some of those words in no particular order for the first time online.

May some of these thoughts be useful to someone, somewhere… 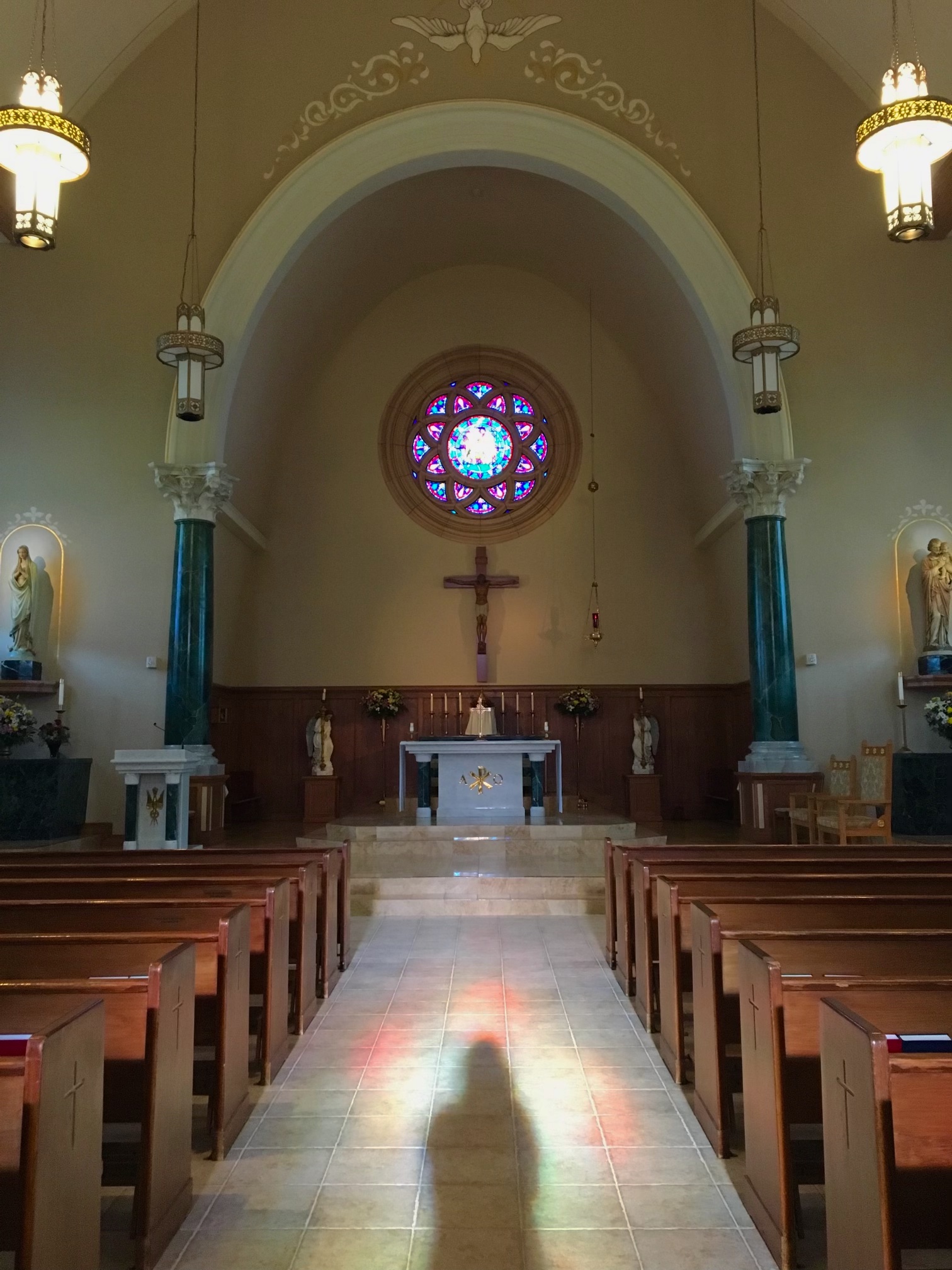 She walked into the empty church wearing some heavily worn, solid-colored, comfort sneakers that are all the rage in elderly circles. She was a tiny, Filipino woman in her late sixties or so and she slowly shuffled down the aisle with an obvious pain in her hip. I watched with curiosity; it was later in the evening and I was glad to be jolted awake during my Adoration hour. This woman was a welcome distraction from my feeble and failed attempts at deep thought and prayer during this time.

She bowed reverently toward the Tabernacle before heading toward the side altar with a statue of Mary. Once arriving there she didn’t do what I expected (light a candle, kneel down and pray fervently for some wayward child like I often see so many other women of her demographic do). She pulled out a plastic grocery bag from her sweater—Why the sweater? I wondered; it had been a hot day and muggy in the church. (There was no hope of dutifully attempting a prayerful state now; she had all my attention.) She very delicately peeled back the plastic bag to reveal a cheap, spritzer bottle filled with water. And then what she did nearly brought me to tears. She misted Our Lady’s roses. There were a few vases of flowers in front of the statue, that were not quite in their prime and this woman brought them a drink. She very gently moved the blooms and sprayed each flower in a determined but incredibly tender way.

When finished, she conscientiously put the spray bottle back in the plastic bag, trying to minimize the crinkling sound and she moved back toward the center aisle. After bowing again to Our Lord, she tottered back out of the church and left me alone with my thoughts. I was fully awake now.

I don’t know anything about this woman, what her home life is like, what relationships she has, or any other facts about her. In fact, I don’t remember ever seeing her again at our church either. But I haven’t been able to stop thinking about her. She is how I envision so many saints—living hidden lives of holiness. She simply did what needed to be done with love and it wasn’t the greatness of her act that left me floored (How hard is it to wet some roses?!)… it was the apparent and abundant love with which she did it. This beautiful old woman taught me something very valuable in that hour as she embodied a quote from St. Teresa of Avila that I’d seen before but had struggled to internalize in a meaningful way: “In prayer, what counts is not to think a lot but to love a lot.”  So many of my efforts in dedicated prayer have felt so seemingly dry, distracted and fruitless. But God is not measuring the amount of profound reflections and beautiful sentiments we have—far from it. He is simply measuring our love. In seeing that little, nameless, nothing-of-a-woman offer what she did, how she did, I am certain I witnessed one of the greatest acts of love I had seen in a long time.