When I somehow stumbled on the title of The Mice, the Monks and the Christmas Tree, I had to immediately find out about it.  I love tales of mice at Christmastime and I love tales that weave the Catholic faith into them too.  It had to be good right?! Well, I couldn’t find any info online whatsoever other than it was written by George Selden—author of the famed Cricket in Times Square.  So I found a cheap copy online and bought it… a rare move for me when I know or hear nothing about a picture book!  But I am not disappointed.

The story is lovely.  A group of monks are all so busy performing charitable works for others that they quite forget about getting a Christmas tree.  On Christmas Eve, the mice of St. Patrick’s Monastery finally take matters into their own hands and chop down and decorate their own tree to present to the good brothers.  The whole story begs to be read with a thick Irish accent… it’s a fun piece of vintage children’s picture book history.  Here are some amateur images so you can take a peek inside: 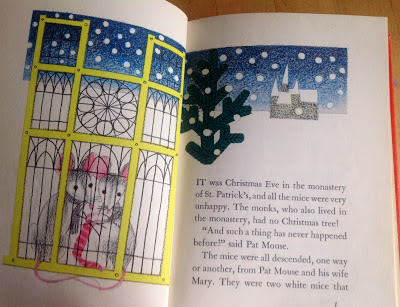 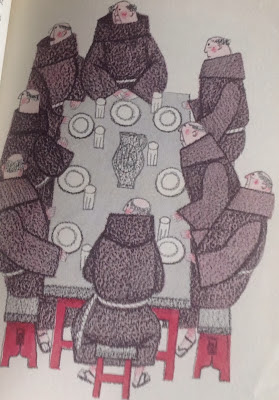 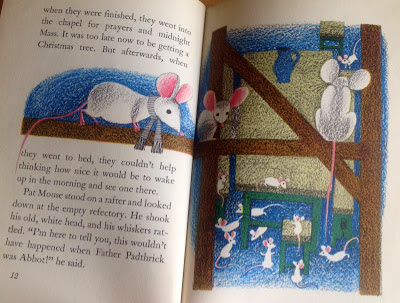 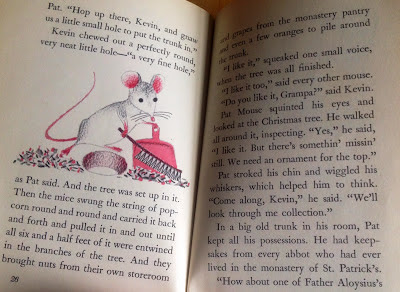 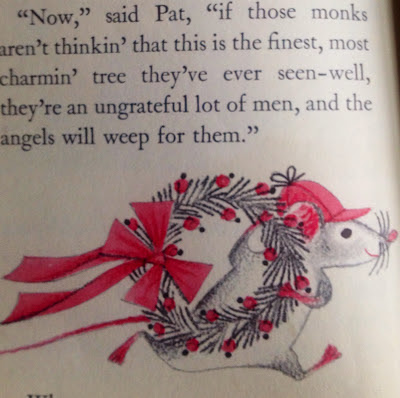 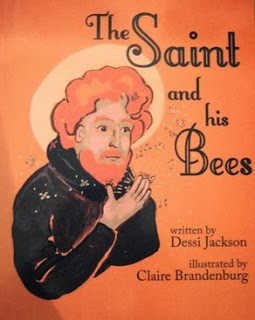