We’re going to a rodeo tomorrow!  Along with beaches, baseball, camping and fairs, rodeos are one of those lovely summer themes that I chose not to get specific on when I made my Top Ten Summer List. There’s just too many great summery books out there.  Still, to get y’all into the mood, here are a few great cowboy related picture books:

Why Cowboys Sleep With Their Boots On by Laurie Knowlton 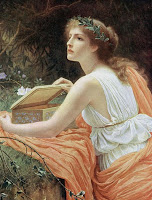 Here is a bright post from a bright young lady who I am happy to know personally. Seems I can’t get enough of the fairy tale topic lately. In her post, she references Psyche and Pandora; incidentally, I’m currently on a manhunt for excellent illustrated myths. I have read several and I currently have several more ordered at the local library to preview before giving glowing recommendations. But in the meantime, I did create an Amazon listmania list on this very topic. Most of the books on that list, I’ve read and loved… a few still need to be seen in person yet. But nothing at the outset leads me to believe there would be anything objectionable in them. So I created the list as a running reminder for myself to check them out and to guide others in finding excellent mythological picture books.

I expect to get more into the topic of mythology on here at a later time.

“For Mythology is the handmaid of literature; and literature is one of the best allies of virtue and promoters of happiness.”
-Thomas Bullfinch

I went to the Goodwill yesterday saying a little prayer as I went in that there would be some decent pants in the sizes of my two middle sons… they are in desperate need of some fresh knees to rip through.

No such luck. God, in His infinite goodness, did not allow such a mercy. But He did allow me to find a book that has been on my want list for a very, very long time:

by Holling C. Holling is the very first living science book that I read aloud to my children when my oldest was six years old. It was a very surprising hit. Kind of like how I was shocked when my six year old requested that we read Pinocchio (the original version) where the language is archaic and challenging, but they loved it! Children really ought to get their ears trained to hearing excellent vocabulary though. Don’t make the mistake of thinking they always need to be talked (read) down to. They will rise to the challenge. And when I taught myself to read at age four, whenever I came across words I didn’t know, I just sort of ignored them until they slowly came to meaning based on context. That’s how readers and writers are born. They get challenged with the words in their natural setting which they are exposed to often. If you yourself are uncomfortable with reading challenging books with your children, get the audio version! Play it in the car where they can’t escape the words which might ordinarily make them disinterested only because they are unfamiliar…

But I digress, I think if I were to read Pagoo again with their ages now (9, 7, 5), it would be even more popular. As it is, Holling C. Holling books are one of the more superior options you have in teachable stories. I mean, a lot, lot, lot of picture books really double as educational too… but these are something special. Each one is a perfect science or geography lesson in and of itself with a story wrapped up in it. And the art, which is usually a color spread on every other page, and more nature-journal black and white sketches with captions in between… is super. Do not expect a typical 15 minute story however, they are fairly dense. We spread our reading of it out over a week.
Pagoo is about the life of a hermit crab. We learned all about tidal creatures, life cycles of hermit crabs and fun little facts here and there. It was really easy to make it come alive for them when we went to the aquarium and could see real hermit crabs up close… and then I reinforced it with buying this excellent little companion

for our toy animal bin too.
Other books we’ve purchased (albeit full price) from this author are Minn of the Mississippi

which we began reading when we studied the beginnings of European explorers in Canada last year. Excellent, excellent books. And who really needs pants when you have books? 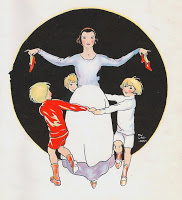 Do you know Maj Lindman? Seeing how she’s a Swedish author and during the wintertime, I’m hot and heavy over all things Scandinavian, I thought it a good time to rave about the wonderful little series she created in the 1930s and 40s. They’re still in print today!

Snipp, Snapp, and Snurr are three young triplets who get into all sorts of fun predicaments before a happy ending and good moral end the story. We’re not talking phenomenal storytelling here. But don’t be deceived by the Dick and Jane vintage illustrations either… there is a real, good, edifying story to be told. It’s so charming and happy and just the sort of thing to read to a houseful of rowdy boys to perhaps interest them into wanting a respectable sort of day.
My personal favorite is Snipp, Snapp, Snurr, and the Gingerbread

because you are guaranteed giggles over three batter covered boys… 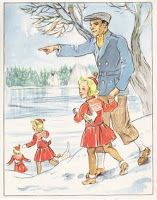 Of course, there’s also Flicka, Ricka and Dicka who were something of heroines to me when I was a young girl. I always wished they could have been quadruplets and I could’ve been, oh I don’t know… Nicka? Sticka? Blicka? Whatever… I just wanted to have a gaggle of girls around me to have as much fun as these three had. I loved the story of Flicka, Ricka, Dicka and the New Dotted Dresses

even if it was terribly predictable.
See what’s so charming about these books is that they are so happily virtuous. They would never exist in today’s children’s literature world. The drama would be amped up. The girls would be seeking their individuality. But it’s quite refreshing to read a sweet, simple story about sweet, simple girls. And I think kids are inwardly hungry for this kind of innocent goodness. Think of Snipp, Snapp, Snurr, Flicka, Ricka, and Dicka as you would a warm bowl of oatmeal in the morning topped off with a dollop of honey and cinnamon… wholesome, sweet, simply good for you.
Here’s a quick, random video that shows the inside of Flicka, Ricka, Dicka and their New Skates. The new edition comes complete with paper dolls! 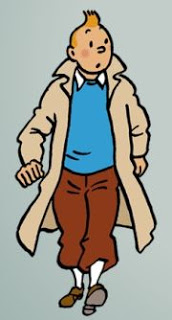