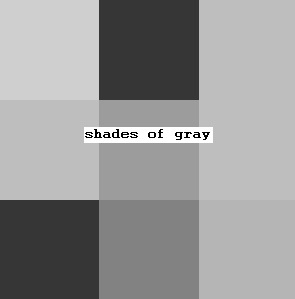 They frustrate me deeply.

Two authors I would love to unequivocally recommend are Charlotte Zolotow and Jane Yolen. They have wonderful books… but I can’t automatically grab something off the shelf from them anymore ever since discovering some blemishes in their authored works.

Charlotte Zolotow is an award-winning and rightfully praised author on so many lists. She created such gems as The Seashore Book and the beautiful When The Wind Stops. She has a way with words especially in describing the natural world in a gentle, lyrical way. Then we picked up a book by her called The White Marble at a garage sale once. It started out fine, about a new friendship between a boy and a girl. But then the language got a little too beautiful. Maybe it wasn’t even her intent, but the sentiments that came across in this book turned very intimate and almost sensual at some points. I was glad I read it to myself before introducing it to the boys. I think they would’ve felt confused. That said, all it takes is one bad publication for my red flags to be up with an author. So while we’ll check out some Charlotte Zolotow books, I can not include her on my quick, safe author list.

Then there’s the example of Jane Yolen. Her name is popular in the children’s literature world; she’s written over 300 books!!! People compare her to Hans Christian Andersen or Aesop sometimes! And we LOVE some of her books. Our favorites include the haunting Owl Moon, the inspirational Emperor and the Kite, and the now-classic How Do Dinosaurs Say Good Night? We thought that Jane Yolen was good to go. Until we read Encounter.

Encounter is the story of white men coming to America as told from the perspective of a young Native American boy. Now, I’m not one to claim that the whole “Columbus discovered America” bit was all peaches and cream and that happy, chubby Thanksgiving scenes were the norm. I know better, and I teach my kids better. We discuss how the “discovery” was bittersweet, the conflicts with the natives, some of the ways Europeans took advantage of the situation. But Yolen’s book is really over the top with the whole thing. The little boy talking in first person is at first scared, and describes how he senses the corrupt, evil intentions of these pale people. The pictures show surly, ugly white men with greed in their eyes. The boy gets kidnapped but manages to escape to tell the story of how much he regrets white people ruining his land. Now come on, I’m not proud of all of America’s history… but I’m not sorry we came here. And this book seems to want to lay a guilt complex on every white American and a dose of racism against us in the eyes of every minority American. It’s a bunch of hogwash. And it has made me very leery of Jane Yolen now.
So those are just a couple examples of “gray” authors. They are part of the reason why parents need to be especially vigilant to what kinds of words, stories and messages are being imparted to our children. We would be naive to think that all of children’s books are meant in good fun without any kind of underlying motive whatsoever. Still, it ought to be easier to identify “bad” books… which is why it’s so frustrating when the bad gets easily mixed in by authors from whom we’ve come to expect good. Guard your heart and guard your mind, and guard especially the minds and hearts of children who are unable to do so themselves.
****************
EDITED TO ADD: Thank you to Rachael for pointing out her disappointment with Patricia Polacco when she checked out “In Our Mothers’ House.” I had no idea…. Polacco was on my safe authors’ list!!! But I can’t recommend her 100% anymore because some of the content of her books run contrary to the value system I’m trying to hold my family up to… a great pity though. Patricia Polacco has some real gems and I’d encourage you not to write her off totally. Just be selective and thorough when evaluating her books.